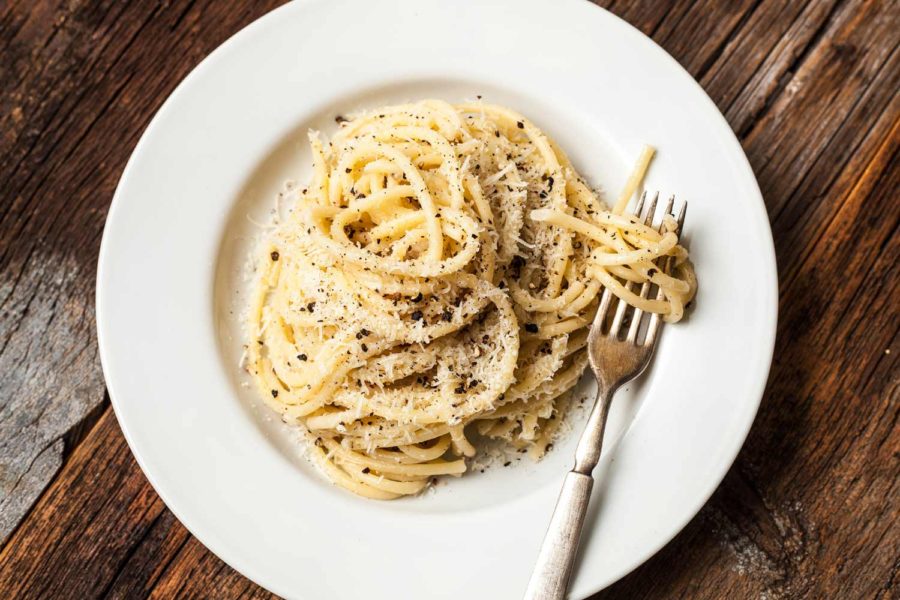 This classic pasta dish is so ubiquitous, if you haven’t ordered it off a menu, you’ve probably made it at home without even realizing it. That’s because it’s only made with three humble ingredients; pasta, cheese and pepper (cacio e pepe). If you know the smallest amount of Italian you’re probably saying, “I thought cheese was formaggio?”, and you would not be wrong.

Cacio is the old world Italian word for cheese, coming from the Latin, caseus. It refers to a specific kind of hard grating cheese made from sheep’s milk. This dish was the perfect meal for shepherds to make while they were tending their flocks far from home. The hard cheese, pasta and peppercorns wouldn’t spoil and came together in a creamy, hearty pasta – fantastic carb-filled fuel for chasing down sheep! It has since found a place in modern cuisine; a staple in Italian comfort food.

You may have seen recipes for cacio e pepe that have you use butter to thicken the sauce, but the magic here comes from adding a bit of starchy pasta water to the cheese to create the creamy texture. In this variation, we’re using Pecorino Toscano d’Oro since we’re celebrating Tuscan cheeses and wine in the stores. It’s a hard sheep’s milk cheese that is a bit milder than it’s Roman counterpart, Pecorino Romano, but just as authentic to cacio e pepe.

Boil water in a large pot. Add a small handful of salt. Your pasta water should taste like the sea!
Add the pasta when it comes to a ferocious rolling boil.

Grate the cheese finely. If it’s too coarse it won’t melt nicely into the pasta and you’ll be left with a lot of clumps. 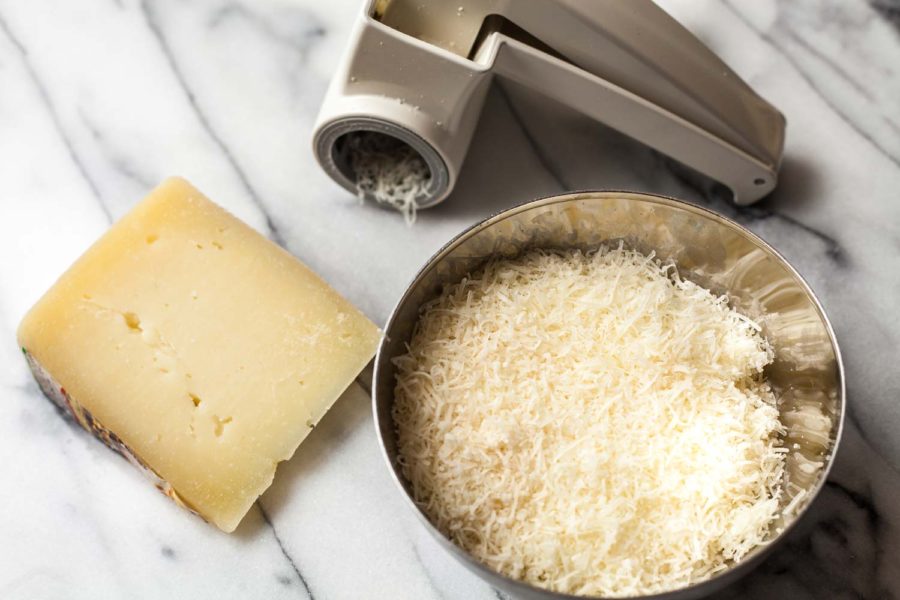 After the pasta has cooked to al dente, grab a cup – I use my Pyrex measuring cup with a handle – and scoop out a cupful of pasta water.

Drain the pasta, but don’t rinse! You want all the magical starchiness to cling to the pasta.

Put the pasta back in the pot, but off the heat. Sprinkle in about half of the cheese, use tongs to turn the pasta and mix in the cheese. Add more cheese and stir – leave about a ¼ cup for the end.

Add a little bit of pasta water at a time, stirring it until it takes on a creamy looking sauce. 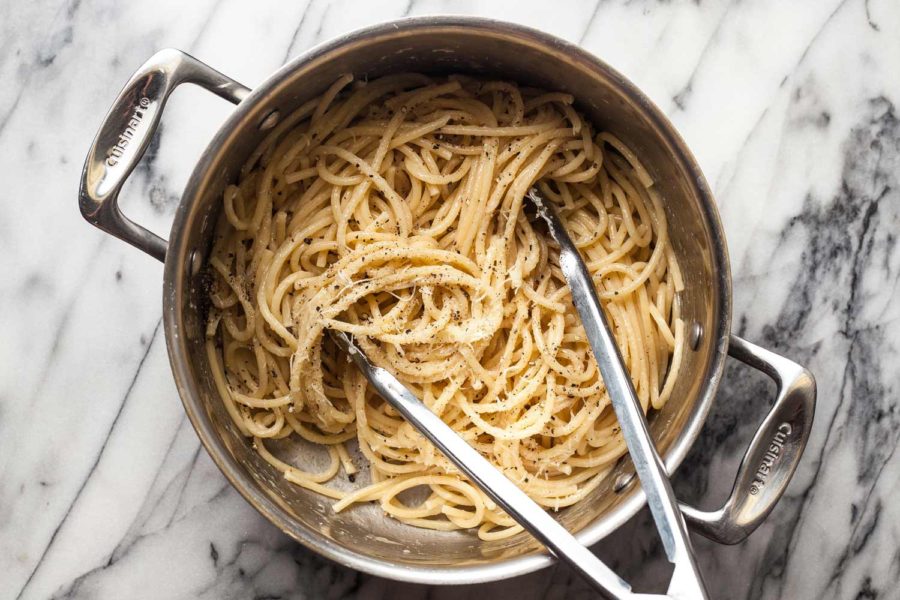 Now it’s time to add the pepper. It’s pretty important that you have cracked pepper here, and if you don’t already have a hand grinder, you might want to add that to your kitchen arsenal, especially one you can set to ‘coarse’, which is what I recommend here. Bring on the pepe! But if you don’t have a pepper grinder you can use a knife to chop up whole peppercorns. Grind a generous amount of pepper into the pasta.

Cacio e pepe is a dish that’s cheap enough to make on rent week and eat by yourself in your PJ’s, and classy enough to serve it to dinner guests with a bottle of Tuscan wine.
Enjoy! 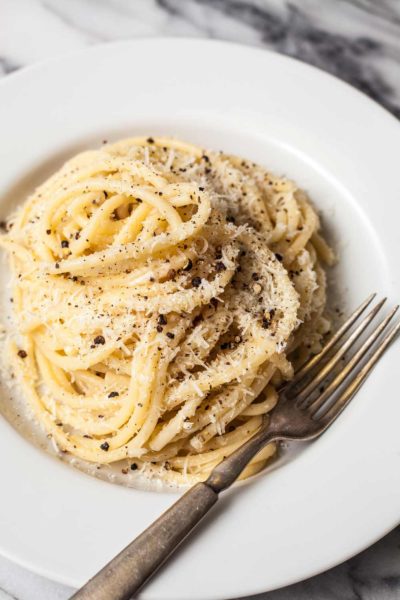